The Chicken Was Better than the Speaker 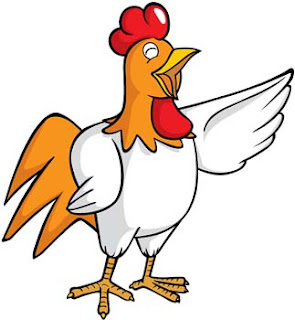 The Speaker Read His Speech

What a disappointment. The man had the experience of excellence in both public service and entrepreneurship. In addition he had served the university in many roles over several decades. This was clearly a fascinating person.

You might think that he would have something interesting and engaging to say in his speech.

Instead, he parked himself behind the lectern and dutifully read the speech that someone else wrote for him. Cleary the speech writer wanted to demonstrate his vocabulary by including several ten dollar words. That doesn’t enhance comprehension, rapport or trust.

Occasionally the speaker shifted his stance, planted his hands in his pockets then withdrew them a few minutes later. It looked like nerves not intent. That is not making effective use of body language to support your message.

The presentation was disappointing, boring and uninspiring.

There was nothing personal about this speech. It started with an old joke that got a laugh – but it did not have a point – other than to discredit his credentials. That’s not the same as a personal self-deprecation.

There was no call to action to his audience. I’m not sure why he gave that speech.

We didn’t learn a thing about this fascinating person and I don’t know what he wanted us to do.

That makes for a failed presentation.

It was a wasted presentation. So much potential was lost. What a shame. Oh well, the chicken lunch was good.