Will The Presentation Start and Finish on Time?

How important is that? The answer probably depends on whether you are the presenter or a member of the audience. What are the consequences of being late? 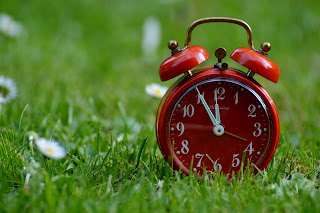 How do you feel when the presenter fails to start on time? You planned or rushed to arrive on time. Perhaps you even arrived a few minutes early. But the presenter dismisses your efforts and devalues your time by delaying the start for the late-comers.

How do you feel when the presenter doesn’t end on time? This means that you’re forced to decide between leaving early and being late for your next meeting.  Which is the lesser evil? Might you feel anxious or annoyed when forced into that situation?

If the presenter didn’t start and finish at the times promised – that suggests that they lied to you. They announced a start and end time but failed to deliver as promised. They disrespected you and the rest of the audience. That’s not a productive way to develop trust, build a relationship or make a sale.

We’re Only a Bit Late

It was a morning seminar for about a dozen business owners. The presenter had confided to me that his target audience was busy people. Despite that, the program started 10 minutes late.

The program ended 12 minutes late. The presenter apologized for finishing a “bit late”. He added, “because we started late” as if that should excuse the late finish. Did he forget that he was the one who made the decision to start late? Most of us arrived on time. He didn’t seem to take responsibility for starting or finishing late.

The phrase “a bit late” is insulting because it attempts to devalue the other person’s time and effort to show up on time. I noticed that several of the business owners appeared anxious and irritated as they rushed from the seminar to show up a bit late for their next meeting. 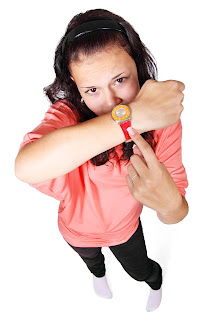 Your Clock is Wrong

The webinar was scheduled to start at 11:00 am. I connected a few minutes early. At 11:01 the presenter announced that they would start at the top of the hour, in 8 minutes.

That would be 11:09 by my clock which is synchronized with Internet time. That’s not the top of the hour.

I believe that he was delaying the start. Perhaps he wasn’t ready yet. Maybe he was experiencing technical problems or his guest was late. In either case, it would have been truthful to say that. It’s not the first time a webinar started late and most listeners would understand. Instead, he lied and insulted us by suggesting that our clocks were wrong and he was starting on time.

The first statement from the presenter was a lie. By suggesting that they were starting “at the top of the hour” he was pretending that he would start on time as scheduled.

He also implied that the clocks of the audience were wrong. He lied. Not a good way to build trust with your audience. I left the webinar because his first statement was a lie. How could I believe anything else from him? This was a free webinar in which he would probably offer a product or service to sell. Would you buy from a person who has demonstrated that he is a bold faced liar?

How Important is it to Start and End on Time?

In both of these incidents, the presenter was late and lied about the circumstances. They dismissed or devalued the value of time for the audience. Is every presenter who starts or ends late a liar? I don’t know, but there was a strong correlation in these two incidents. When you are the presenter you might not always control the start time but you surely control the end time.

One of the first judgments that people will make of you is “Were you on time?” The next might be, “Did you keep your promise?” The answers to both of those questions will answer the more important questions, “Do you respect me?” and “Can we trust you?”

How do you feel?