How to look and sound impressive without saying anything important...

This entertaining TEDx Talk is worth watching more that once to make note of the elements of style. Enjoy - it's less than six minutes.


Enjoy this video from Steve Jobs introducing the Macintosh in 1984.

He demonstrates powerful presentation techniques that still apply to business presentations. I suggest that you watch this video, and then read the review below. Then watch the video again to notice the techniques.

“You’ve seen pictures…now I’d like to show you Macintosh in person.”

That phrase does two things: it builds anticipation and personifies Macintosh.

Then Steve Jobs points out that everything on the big screen will be produced “by what’s in that bag.”

“That bag” emphasizes the compactness and portability of the MAC. It’s also a memorable phrase.

Then he’s silent while he calmly opens the bag and removes the MAC and places it on the table. He remains silent while pulling a diskette from his pocket with a bit of flourish. Then he inserts the diskette into the computer and allows the MAC to take the show.

During this time, Steve Jobs remains silent. That’s a powerful technique that presenters need to master. When you want people to pay attention to your props or slides allow them the curtesy of being quiet.

Steve Jobs delivers this as a team presentation. He introduces the other presenter then stays out of the way while the MAC presents. Then the MAC hands the presentation back to Steve Jobs.

The MAC demonstrates its strengths with music, fonts, (even script), graphics and voice. The MAC even displays a sense of humor.

Notice the stage presence of Steve Jobs as he gladly accepts the applause of the audience after the MAC introduces him with the phrase “a man who’s been like a father to me”.

How did the Harvard Professor Abuse His Audience Prt 3 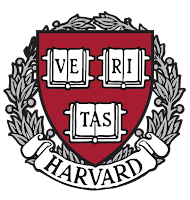 The Harvard Professor appeard to be an ignorant and arrogant speaker. In the previous two posts you can read about the systemic mistakes he commited.  This is part 3 of 3 in this presentation review.

How Many
He uttered the phrase “How many…” several times during his presentation. It’s a phrase used by novice presenters in a feeble attempt to engage the audience.

When you ask for a response from the audience it’s important to both acknowledge their participation and use the information for your next point.

Don’t bully the audience into meaningless activity to make you feel good.

Also, don’t use this technique more than three times in your presentation because it gets boring and feels manipulative.

How did the Harvard professor use this technique?

He committed almost all the possible errors. He didn’t use the information he gained. He didn’t summarize. He failed to acknowledge the audience. The audience quickly tired of playing this silly game so most ignored his questions. The professor ignored the discomfort of this audience and diminishing lack of response because he posed this question at least 10 times.

The clock offered hope to the audience – the end was near. After the speaker ended his presentation he delivered one more careless statement, “I’ll answer all your questions.”

The damaging word is “all”. There was no way he could fulfil that promise, for two reasons. There were 200 people in the room and there wasn’t time to hear any significant number of questions.

The more relevant reason is that no one has the capability to answer all the questions any person might ask. How would he respond to these questions?

“Why have you been insulting your audience?”


“Why do you appear to be such a pompous ass?”


“Where are the remains of Jimmy Hoffa?”


“What are the winning numbers for next week’s lottery?”

You’d think a Harvard professor would know the difference between all and some. A simple litmus test for the validity of a statement is “Does it contain an absolute?” If it contains an absolute it’s most likely not true. Another way to put that is “if you’re using absolutes you’re probably lying.”

As if to test the professor’s claim, one person asked a frivolous question, which the professor ignored. He didn’t keep his promise to answer “all” questions. The end of his speech was marked by his failure to respond to a question after he promised to answer all questions.

The professor would have been smarter to say:

“We have time for a few questions. What points would you like me to clarify? ”.
“I welcome your questions about the topics I raised and I’ll do my best to answer them for you.”
“Who has a question about how to implement these ideas?”

An experienced presenter knows that if you want better questions from the audience you need to guide them to ask more relevant questions. An experienced high school teacher would know that because there are stupid questions. If you want your audience to ask smart questions, you direct their attention to relevant issues.

Another lesson that most successful people in any profession learn is to under-promise and over deliver. Don’t promise “all” if there is any possibility of not being able to deliver.

I believe his message was that successful business needed to be more aggressive in seeking opportunities and advantages. That’s a good message. But his message got lost in the overwhelming feelings of annoyance, insults and dishonesty.

Each of us received a copy of one of his books. I’m a voracious reader of business books but I still haven’t opened his book (months later) because I don’t like or trust him. He certainly didn’t build rapport or trust during his presentation.

A successful presentation would have excited people about receiving and devouring the speaker’s book.

He was the worst speaker that I’ve seen in at least 20 years. His presentation served as a gruesome example of what not to do during your presentation.

How could an educated and experience presenter be so bad? If this professor was an example of Harvard’s best, what does that say about other Harvard instructors? More importantly, what can we expect in the quality of thinking and communication skills of Harvard graduates? Was Jack Welch’s testimonial taken out of context? Did Jack Welch ever hear this professor speak? If Jack did, what would Jack really say?

Those are not the questions or thoughts that a speaker hopes to generate from his listeners. But by the looks around the room and overheard comments, I believe those were the predominant thoughts in the minds of the audience. This presentation was a disaster. 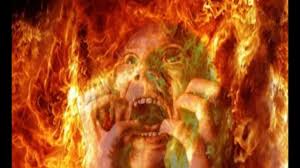 How to position your hands for greater influence...

Allan Pease - TEDx talk on how to position your hands to encourage people to work with you... It.s worth watching the whole video.

How did The Harvard Professor Abuse the Audience PT 2

How did he fail?


What three things did the guest speaker persistently do to sabotage his presentation? 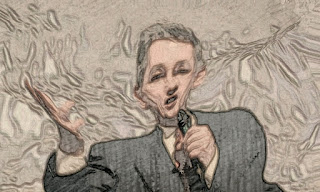 We Can’t See You

The first sign of a keynote-gone-wrong was his position on the floor instead of on the stage. He never stepped upon the stage. That meant that the only image that the audience of 200 executives had of him was the video crew scurrying to follow him amongst the tables. The lighting was poor and the video became boring quickly. The room was set up for a stage presentation (so everybody could see him) which this professor ignored. I’m not against a presenter leaving the stage to walk into the audience for specific reasons. As a keynote speaker I’ve ventured into the audience to dramatize a key message then returned to the stage. He never set foot on the stage.

An audience attending a keynote presentation expects to be able to see the speaker clearly most of the time. This presenter didn’t seem to know how to use the stage to his benefit. He was always lost in the crowd.

That suggested that among other things he simply wasn’t an astute big-room presenter. Perhaps he would have been more comfortable speaking in a classroom of 30 students or boardroom of 12 executives. If he knew the difference between a keynote speaker and a boardroom speaker, he shouldn’t have accepted the speaking engagement.

He didn’t use slides which certainly doesn’t make the speech. But, good slides might have filled the gap for visual messaging. Most of the audience tired of watching the video of the wandering professor. They simply appeared annoyed and searched for something more interesting to watch.

We Can’t Hear You

The next flaw was that we didn’t hear or understand many of his words. Why? He mumbled often. Mumbling is a sign of incomplete thoughts and the lack of editing your words for a clear message.

His voice often trailed off at the end of his sentences. That’s a common mistake made when a speaker is thinking about their next thought instead of finishing the current thought.

He wore a lapel microphone and often turned his face away from the mic which meant that his voice faded. That’s a mistake made by novice speakers.

He had a slight accent which made some words unclear. He made a joke about his accent in one of his online videos. But that wasn’t the real challenge with understanding him.

The real issues were: 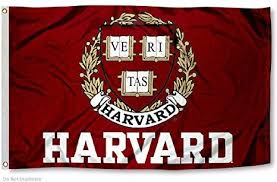 This flaw suggests arrogance. The man was insulting to the audience. Is that something they instill at Harvard? Or is that what Harvard students expect from their professors?

His arrogance was expressed in the phrases he used and the manner he used them.

During his presentation he’d make what he probably felt was a profound statement.  Then he’d pause, look around and add one of these admonishing declarations.

These didn’t appear to be questions. They weren’t phrased as questions and the tone didn’t suggest a question.

He stated these phrases so often that the audience recognized that he wasn’t asking a question or expecting an (honest) answer. It became obvious that this was his way of saying “I just said something important”. The second part of the meta-message seemed to be “if you didn’t get it, you are stupid or weren’t listening closely”.

No one dared to respond with “No, I didn’t get it.” or “What do you mean by correct?” Instead, the audience simply ignored him.

The most annoying phrase he used was the word “Clear”. This seemed to be his favorite word because he uttered it more often than any other word. He barked this word most often after delivering a (profound?) statement.

He appeared to be pleased with himself when he said this word. Perhaps this word was a way of stroking his ego. The word “Clear” was never delivered or received as a question. It was a challenge at best and more likely a boost. I was reminded of a doctor or medic yelling “Clear” immediately before apply the defibrillator paddles to the chest of an unbreathing patient. Was this his way of trying to recharge a dying audience? Or was he sensing disaster? 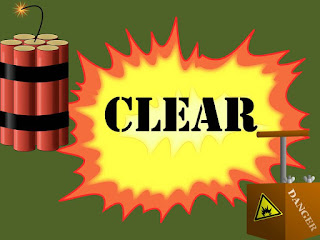 Part 2 of 3 for How did the Harvard Professor Abuse the Audience?
Read Part 1 here