Why Burn the Boats?


“Burn the Boats” That’s what the motivational speaker proclaimed. “If you’re committed you’ll burn the boats.” 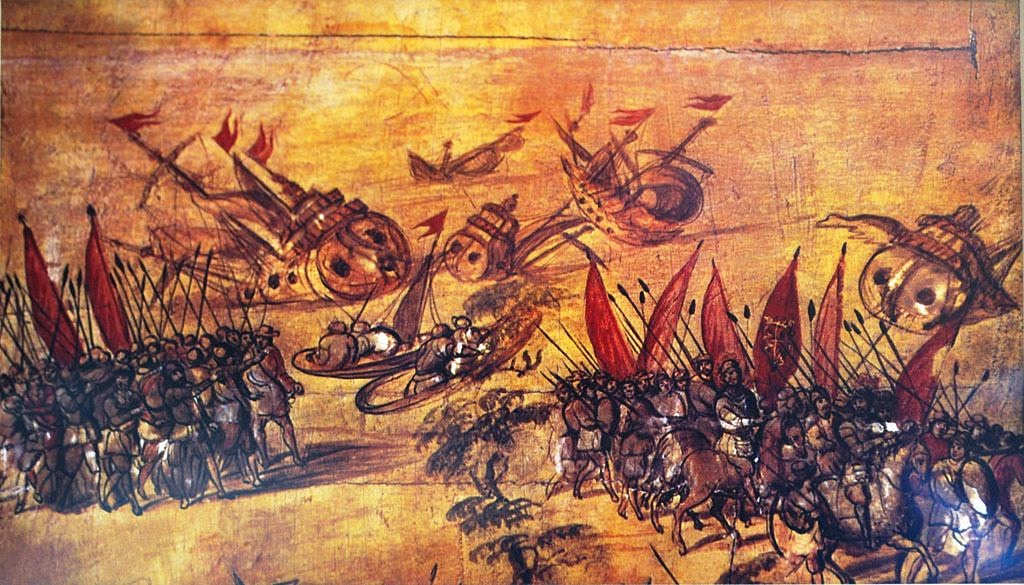 It’s a colorful and attractive analogy. The concept is based on the belief that an ancient adventurer landed on an unexplored shore. The legend suggests that the leader wanted to ensure the commitment of his team to the journey ahead. They were facing an unknown enemy. To ensure that his team was committed to the mission the great leader ordered the ships burned.

That story has been misused as an example of leadership, making difficult decisions and of focusing the troops.

The truth is far different from the myth.

This story is based on the exploits of Hernando Cortez. He was a Spanish explorer who invaded Mexico. The belief held by many European explorers at the time was that because they discovered the Americas they gave it life. Many of them interpreted that to grant them the right to exploit the land and the people. Cortez was one of those people, not a good leadership model.

When Cortez landed on the coast of modern day Mexico he had a few dilemmas to manage. First was his greed for the gold of the “savages”. Second, was the demand from the King of Spain to return and pay his debts. Third, was his distrust of the crew he might leave to guard the ships. Cortez suspected that they would sail back to Spain without him.

Imagine Cortez faced with the decision, “What should I do with my ships?”

Here are the facts that Cortez faced:


The decision was simple. You don’t need the ships, so burn them. It wasn’t a difficult leadership decision. It was a selfish decision.

Cortez was a brutal conqueror. He butchered the natives of Mexico. He pillaged their artifacts and wealth. (“My kind of guy” was the term used by the motivational speaker.) Cortez is not honored nor revered by the people (his guests) of Mexico. He didn’t explore for his country. He conquered for himself. He was a murderer, pillager and thief.

Yet the motivational speaker had the audacity to implore people to Burn the Boats – like Cortez.

Unfortunately, too many motivational speakers butcher the facts to suit their message. They twist a phrase, rewrite a history lesson and lie to the audience.

Perhaps like Cortez, those speakers are simply burning their boats because they have nothing to gain by telling the truth. Instead they are intoxicated with the gold and artifacts that they crave for themselves.

Maybe burning the boats isn’t a good leadership strategy. The next time you hear a speaker spout that story, ask that speaker “What boats did you burn?”