How to Pronounce English Words Correctly

Here is a helpful tool for you if English is not your first language. Learn the proper tongue placement, jaw position and hear the sounds. It's simple and seems to be free.

I hear from some folks who want to remove their foreign accent. Most of the time the accent is an advantage because it make you sound exotic and listeners tend to listen closer when they notice an accent.

If people are having trouble understanding your words it might simply mean you need to slow down and better enunciate your words.

Check it out - English Accent Coach

Impactful: Was that an Insult? The program was described as impactful.

What does that mean?

If your client or boss reported that your service was impactful, how would you feel? Elated, angry or confused?

The next time you consider slapping the impactful label on another person you might want to reconsider and pick a better word.

When we add the suffix “ful” to the end of a noun we create an adjective or adverb. The new word suggests that the subject or object being described is full of the qualities associated with the root noun.

What does impact mean?

The word impact is most often used to describe a collision.

That might include:
two cars colliding in a traffic accident
a meteorite boring a crater on the surface of a planet
an assailant landing a fist in the face of his opponent

What else could impact mean?
Let’s look at some of the synonyms for the word impact:

So when someone describes your work of art as impactful were they suggesting that it was full of concussion, percussion or smash?

The rampaging Hulk could easily be described as impactful because he was full of smash.

If your dentist tells you about your impacted tooth, you'd better be ready for some painful dental surgery because it means there is something rotten in your mouth.

The word impact usually means “the consequence of a violent collision”. How could impactful ever be considered a desirable descriptor?

I hope that you enjoy my comments, tips, articles and presentations. But please don’t describe them as impactful. 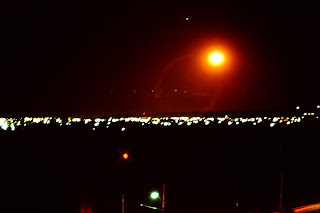 How to Recover from a Brownout

Perhaps this has happened to you. Every speaker faces this problem at some point during a presentation. You can prepare yourself to handle the brownout and recover masterfully.

What is a Brownout?

While you are speaking - you suddenly forget what you intended to say next. Your brain didn't totally blackout. It simply browned out and you felt terrible. You might even feel embarrassed, foolish and anxious.

What can you do?

What if that doesn't help you remember?

Another recovery technique is to repeat the last word or phrase that you said. The effect can be like rewinding the tape in your brain. You need to back up a bit to renew your forward momentum.
If that doesn't work then pose a rhetorical question, "Where do we go from here?" The question will trigger your brain to work on answering the question. The audience will believe that you are posing the question for emphasis.
If you still can't remember and don't answer the question people in your audience are likely to offer answers to your question. If they were listening closely they will probably be right and you simply carry on with your presentation as if nothing ever went wrong.
Remember to keep smiling.