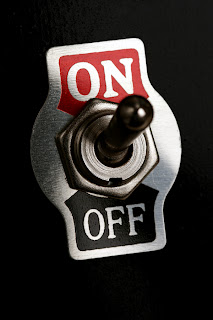 Is your presentation tripping the circuit breaker?


Your home might have circuit breakers to protect you. Older homes might have fuses for the same purpose. When you have too many electrical appliances drawing power the breaker trips or the fuse blows. It’s a pain to change the fuse or reset the breaker but you should be happy to know that they are doing their job. You were just saved from disaster.

When you speak, your audience also has circuit breakers or fuses protecting them from disaster. Those fuses and breakers protect them from wasting their time, resources and money.

What mistakes in your presentation would trip the circuit breakers in the minds of your audience and lose their attention?

AbsolutesThe speaker said, “Everybody who negotiates is a liar.” That tripped my circuit breaker. First, he was calling me a liar and second he was also calling my grandmother a liar. He said everybody.

You can avoid this disconnect by saying, “many”, “a report stated that x % “, or “my research shows”. Instead he said “everybody”.


Assuming that you know
The speaker said, “Write down two running shoe brands and I bet I know what you picked,” He picked Nike and Addidas. Both are well known brands, however I wrote Asics and New Balance because I’m a runner. When he told me that I was wrong in my pick the breaker in my mind tripped and he lost me as a listener.